In the past, a loss like this might feel the same with perhaps the loss of Michael Jackson or another celebrity.  But a key difference for Yasmin is that a friend of mine was there during her last moments, so its no longer a feeling from a distance. There’s an insight to something deeper than what is merely reported in the news.

Thanks David BC Tan for expressing in words what many of us feel about Yasmin’s works. Overall, I had a pretty good weekend with good meals, great conversations, and a special wedding. But in the midst of all the good, we are always reminded of human frailty and the reality of our mortality. So, for me today it’s Yasmin Ahmad. 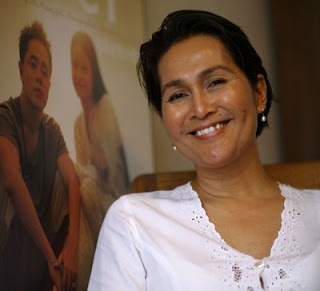 I do not say it lightly when I write that Yasmin was a true Malaysian. Her works envisioned a society so guileless in ways we imagine Malaysia could never be – multicultural, multiracial, multilingual, many selves going about lives in the most unself-conscious way.

People were normal and the eccentricities of race or religion were not sharp edges to be avoided. Instead, in the world that Yasmin pictured and in the films she made, they were embraced – eyes unblinking – without irony or fear. People were people under their skin, immersed in the polyglot of everyday conversations that looked and sounded like Malaysia.

In Yasmin’s version of Malaysia, people were the same at the core of their being – however messed up their lives, whatever desires possess them, whichever direction they face when they prayed. No one was less noble than the other, none excluded, everyone’s fates interwoven. They were our mirrors, and they reminded us that in her world as it is in our own, we are all poorer without each other.

The stories that Yasmin told imagined a society that could be. Sadly, they seemed also to be tales of a far, far away land, of a once-upon-a-time people, bathed in light and music resembling ephemera now lost and never to be retrieved.