Thanks to Ben Ong for capturing our “last” meeting at the Father’s House in BLC Mooncake Festival… and the RAW difference.

I echo Ben’s final words .  “Farewell, The Father’s House, for now. We will see you again!”

It’s not every day that a church hosts a Mooncake Festival celebration service. And especially since it would also be the last service at BLC’s premises in Bangsar before the renovation, I decided I would be there, having missed the last Sunday service the weekend before.

No lengthy reflections on the festival, or the service, or anything. Just pictures this time around. 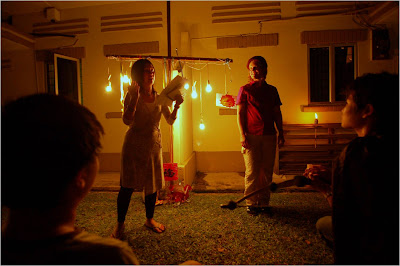 It was a night of sandiwara, in front of a simple wooden cross with lightbulbs hanging from it. (Think Fragments!) 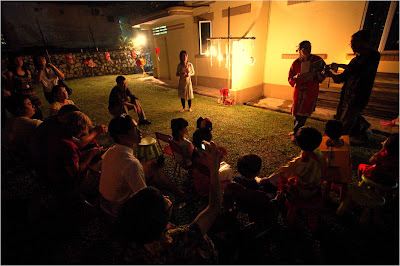 The audience. Almost as if they were congregated around a fire in the middle of the woods.

Come to think of it, we really can get lost even in urban jungles, no? There are no tigers to maul us or rivers to drown us, but it’s so easy to lose one’s soul; to lose, not our path on the trail, but our direction in life.

So it really was something to gather around a fire in the middle of the jungle. 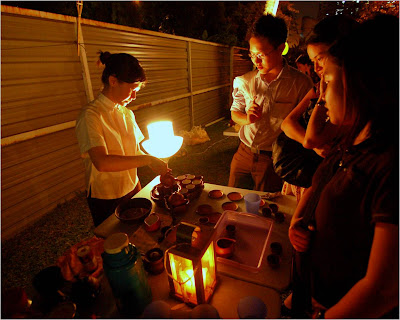 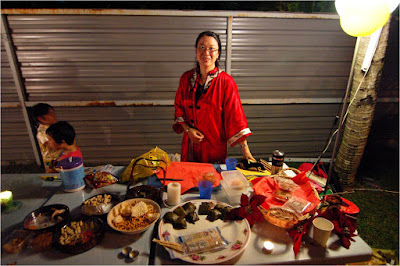 Wan Ching at the titbits table. 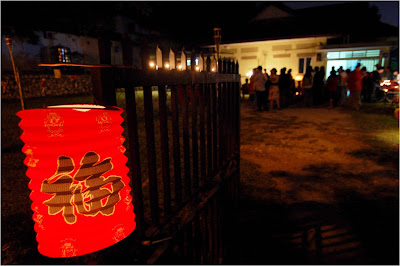 I think Jesus knew the Chinese would read the Bible someday. That’s why he said;
"I have come that you may have life, and life to the fu." 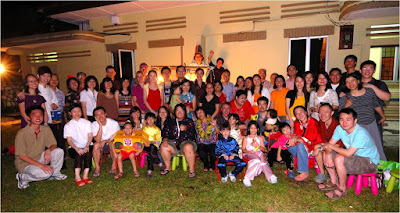 Final group photo at The Father’s House.
(Thanks, Doulos, for the Manfrotto!) 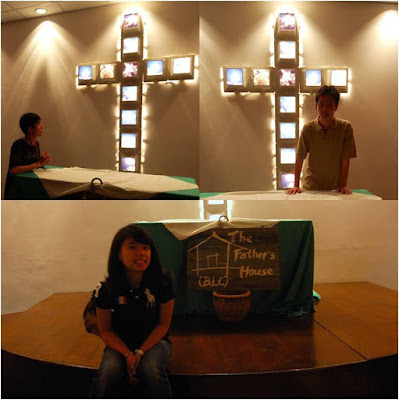 I think of all the things I will miss, I will miss the trademark BLC cross the most.

Esther was there that night, too. 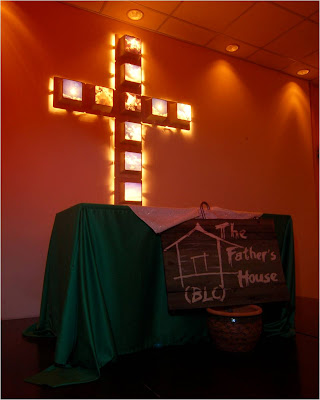 Shooting the altar with filtered light; a burst of red light on top, and blue below.

You can do this with Photoshop, but it’s so much easier (not to mention more fun) playing with the light itself! 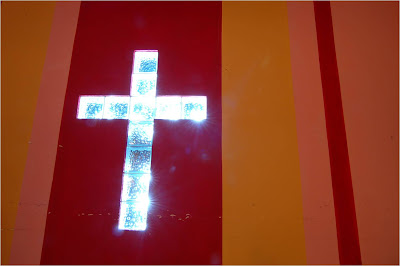 I will miss the cross window too. It was at this cross that I had a photo of myself and Sivin taken, shortly before I left for National Service.

It remains, for me, a commissioning cross of sorts, for there has been no day when BLC’s theme verse, "As the Father has sent Me, I send you," rang truer.

So on Mooncake night, I set the camera for a 30-second exposure, ran outside like there was no tomorrow, and fired multiple bursts of light from my flash unit through the window.

Farewell, The Father’s House, for now.

We will see you again!